Exodus of students making it tough for landlords

THE city centre living boom is leading to an exodus of students from their "traditional" heartland in Leeds, according to new research.

The popularity of high rise developments in Leeds city centre is causing a headache for student landlords in places like Headingley. A working group involving the universities and Leeds City Council has been set up to examine the demand for student accommodation.

According to one property professional, there are fears that property prices in the city’s traditional student areas could fall later this year, as landlords try to get rid of their stock.

“Student landlords in Leeds are bracing themselves for the second year in a row, as the numbers only seem to be heading in one direction, and that’s into decline,” said Alix Newton, the director of Lets Live Leeds, a lettings agency which specialises in professional house share.

Between 1998 and 2006, there was a rapid growth in student numbers due to the expansion of the universities. Rising house prices offered high returns in capital growth and good rental income for landlords. Finance was also easy to obtain leading to a ‘buy to let boom’ in the student property market. 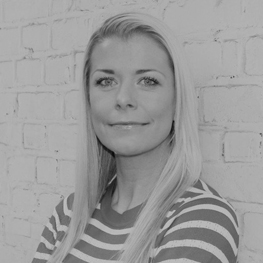 In recent years, a number of large student accommodation projects have been completed in the city centre, such as the 612-bed Liberty Dock scheme, at Clarence Dock.

According to Ms Newton, the boom in city centre apartments has seen students migrate from areas such as Headingley, Burley and Hyde Park, leaving empty properties, and many landlords with large student portfolios are facing an economic crisis.

“A further vast volume of such properties will flood the sales market in September, as landlords decide to downsize their portfolio when they face having empty houses for a full academic year due to lack of student interest. Supply will then outweigh demand forcing prices down.

"We have seen the development of a lot of high rise properties in Leeds city centre which are targeted at students. The traditional student areas are experiencing, for probably the second or third year in a row, a massive decline in student numbers. There are an extra 6,500 bed spaces in Leeds city centre, and there are declining student numbers because of tuition fees. I did a search, and found there were in excess of 1,000 student properties available in Headingley and the surrounding areas. They would normally have been let before Christmas or over the winter.

"A lot of landlords are scratching their heads."

In some areas, the market is shifting from students to young professionals who might be interested in house-sharing.

A recent study by Unipol Student Homes found growing signs of a migration of students from areas like Headingley into new city centre apartment blocks.

The number of students living in Leeds city centre almost doubled to more than 18,500 between 2006 and 2012. There were around 2,500 fewer students in Leeds over the last academic year. Altogether, 4,297 more students were living in the city centre in 2012, than there were in 2007, the research found.

Dr Paul Smith, the deputy vice chancellor at Leeds Metropolitan University, said: “Changes to the sector mean that students now have to take a Government loan in order to fund the cost of their education. All universities are also limited in the number of undergraduate students they are permitted to recruit. Leeds Metropolitan University makes a considerable economic impact in the region, contributing £420m to the regional economy.

“We all recognise that markets change and students are rightly able to choose accommodation to suit their needs and preferences; we currently guarantee a space in our accommodation for every first year undergraduate student.”

A Leeds City Council spokesman said that a working group had been established which included councillors, planning and housing officers, representatives from the University of Leeds and Leeds Metropolitan University and Unipol.

The group, which is due to hold its second meeting next week, will investigate the "future demand for student accommodation in Leeds".